Almost three weeks after the United States Supreme Court overturned Roe v. Wade (the landmark 1973 ruling that conferred the right to an abortion) in June of 2022, we interviewed artist and activist Jane Pincus (’93 VA). Pincus is one of the founding members of Our Bodies Ourselves; a co-author of the original Our Bodies, Ourselves book; and one of four filmmakers who created the film ABORTION AND WOMEN’S RIGHTS 1970. 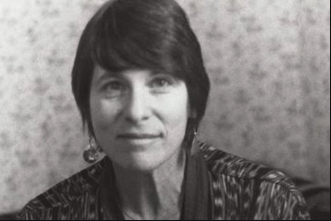 Released in 1970, the film documented the complexities of obtaining an abortion in the US pre-Roe, and the need for universal reproductive justice. Today, the film has been re-released for free online at abortionandwomensrights1970.com/film in hopes of sharing with modern audiences, some of which have never known a time before the confirmation of Roe v. Wade, “the way it was and should never be again.” We spoke to Pincus about her film, its relevance today, so many decades later, and how to get involved. 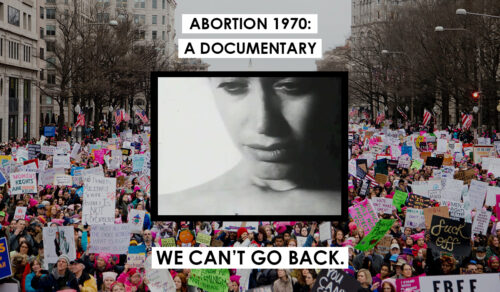 In the late 1960s—pre Roe v. Wade—Jane Pincus, Catha Maslow, Mary Summers, and Karen Weinstein set out to highlight the voices of people who had been impacted by the lack of access to safe and legal abortions in the United States.

“Four of us got together and we decided we would make a film. We were not filmmakers,” recalls Jane Pincus about the origins of her film, ABORTION AND WOMEN’S RIGHTS 1970. “I had become interested in the problem because I heard on the radio once a description of women who had to go to other countries to get abortions. Then there were descriptions of the legislators in Massachusetts—who basically were, let’s say, mean-spirited, narrow-minded men—and most of them were talking about women in a very ignorant way, and I remember being incredibly angry.”

The issue went beyond the radio story, of course. As the filmmakers state in their film and on their website (using statistics that were available to them at the time): “More than 800,000 women had illegal abortions in 1970: 300,000 suffered complications, and up to 8,000 died. Poor women of color were 90% of those who died, and their maternal mortality rate was [and is] four times that of white women.”

Using borrowed equipment and Rolex wind-up films from the MIT Film Department (which Pincus’s husband helped found), Pincus’s team began to shoot. When the word got out that they were creating a film about abortion, Pincus says, “We received audio tapes. They would come to us somehow. They contained the stories of women who had abortions.” Using the dozens of firsthand accounts they’d received, they decided to cast actors to portray a small selection of the tapes. In addition to the stories on abortion, the film discussed health care, health care inequality in BIPOC communities, birth control, forced sterilization (especially within BIPOC communities), and other prevalent elements related to reproductive justice.

“As Mary in the film says, when you talk about abortion, you have to talk about everything,” says Pincus. 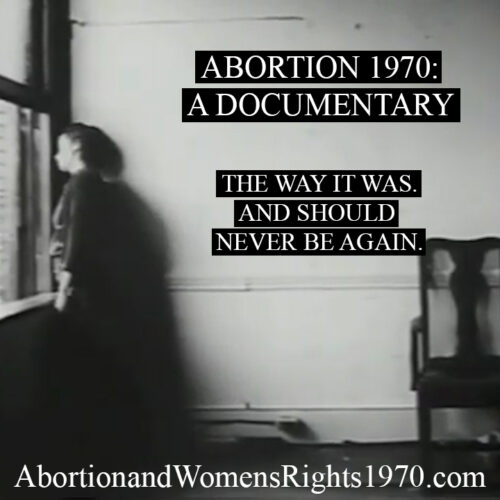 The film saw a limited release in the 1970s, but for Pincus, reproductive justice became “a passion of my life.” Pincus went on to become a founding member of Our Bodies Ourselves and co-wrote the original Our Bodies, Ourselves book. “It’s been part of the fabric of my life for the last 50 years,” says Pincus.

In 1973, three years after Pincus shot and released her film, Roe v. Wade conferred the right to an abortion in the United States. Since then, the sphere of reproductive justice has grown, striving to include more conversations around maternal inequality, birth equity, creating space for LGBTQIA+ voices and experiences, and recognizing the queer, trans, non-binary, and gender fluid communities impacted by abortion access and health care access.

However, in June 2022—a little over 50 years after Pincus shot and released her film—the United States Supreme Court struck down Roe v. Wade, giving individual states the power to control their abortion laws. As of the writing of this article, 10 US states have made abortion illegal, and 13 other states have extremely limited abortion rights or their abortion rights are being threatened. For the United States, this ruling means a significant rise in forced births, unsafe abortions, death and injury related to forced births and/or unsafe abortions, a deepening of inequality in health care access, and more—all of which disproportionately impacts BIPOC and low-income communities.

Upon hearing the news, Pincus began to think about ways we can speak to and connect with each other. “I just think of ways to start talking to people about what should be done,” explains Pincus. “We’ll have to fight to get the right to choice again.”

“I think it’s a useful vehicle to hear the voices of women and then figure out from them what to do,” says Pincus. “We had a woman governor in Vermont, Madeleine Kunin, and during the years she was governor, we had women’s conferences. At one of the conferences, there was a panel of women from each decade, the teens, 20s, 30s, 40s, 50s—up to the 80s! It was one of the most moving experiences I’ve had to hear each of those women from each decade tell her experience and her story. We could get that together again—that idea—and rally everybody everywhere, you know, and ask how can we get enough people to go out in the streets to make a difference?” 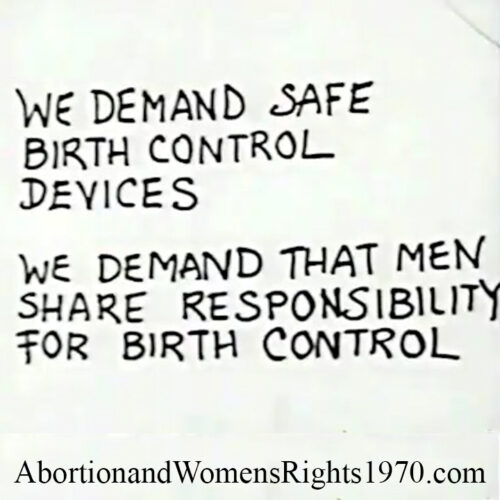 In reflection of the need to connect and make change, the ABORTION AND WOMEN’S RIGHTS 1970  film website lists numerous groups and resources to join and support today, including the Abortion Care Network, SisterSong, the Reproductive Freedom Project, the Planned Parenthood Action Fund, and more. In addition to joining a group or action fund, Pincus encourages staying informed and on top of current events, learning as much as you can, reading and/or listening to stories and firsthand accounts, and finding ways to create art.

“Connect. Fight against the forces,” says Pincus, “and keep connecting with the people who are full of hope.”

View the trailer below, and watch ABORTION AND WOMEN’S RIGHTS 1970 for free online at abortionandwomensrights1970.com/film.

Are you a current student or alumnx working or creating art in the reproductive justice space? Share your work with us using our Share Your News form so that we may help highlight some of the diverse and important projects taking place today.