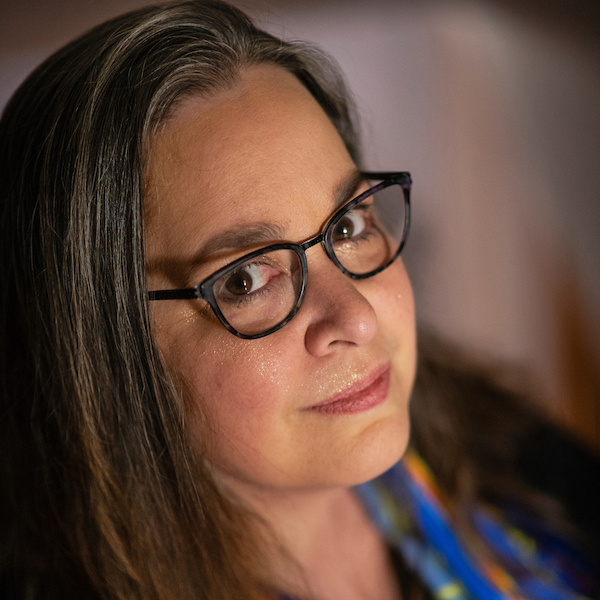 Join us at 4 pm ET on Sunday, May 1, for the 2022 Katherine Paterson Chair Lecture. Cynthia Leitich Smith will present “The Authorial Voice in Today’s Discourse: The Page, Podium, Platform & Persona (Plus, Nurturing Your Writer’s Heart)” live via YouTube. This event is free and open to the public.

Cynthia Leitich Smith is the 2021 NSK Neustadt Laureate and a New York Times-bestselling author of books for young readers, including Hearts Unbroken, which won the American Indian Library Association’s Youth Literature Award. Her 2021 releases are the middle grade anthology Ancestor Approved: Intertribal Stories for Kids, which received four starred reviews, and the novel Sisters of the Neversea, which received six starred reviews. Both books were named to numerous “best of the year” lists. She looks forward to the spring 2023 release of The Blue Stars: The Vice Principal Problem (Book One in The Blue Stars Series), co-authored by Kekla Magoon and illustrated by Molly Murakami.

Cynthia is also the author-curator of Heartdrum, a Native-focused imprint at HarperCollins Children’s Books, and serves as the Katherine Paterson Inaugural Endowed Chair on the faculty of the MFA program in Writing for Children & Young Adults at Vermont College of Fine Arts. Cynthia is a citizen of the Muscogee Nation and lives in Austin, Texas.