The exhibition features the work of three alumnx: A_Marcel (Graphic Design, 2018), Melissa McClung (Film, 2018), and Corey Pickett (Visual Art, 2017). These artists make tools of playfulness and humor to challenge histories of political violence and the anesthetic of nostalgia. The work nudges (or pushes) us to wrestle with past worlds, while we co-imagine and hurtle forward to new ones. 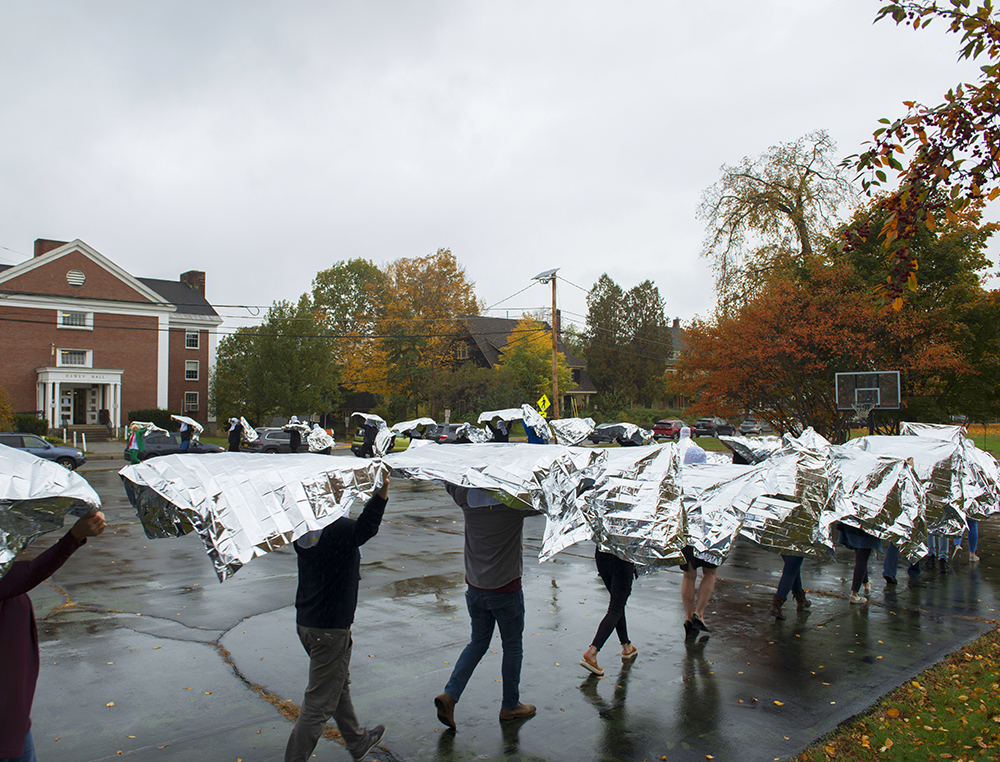 BIO:
A_Marcel is an emerging artist based in Boston. They hold a BA in philosophy and political science from Columbia University. After college, they interned with the artist Fred Wilson and completed a residency at the Vermont Studio Center. After a post-9/11 move up to Boston, they completed MassArt’s graphic design certificate program with honors. In 2018, they received an MFA in Graphic Design from VCFA, where they received a scholarship called “Future of Design Merit Award.” Their thesis explored design and performance and encompassed a gestamtkunstwerk called Hot Dogs 24/7. Art highlights from 2019 include: shortlisted for Spring Break NYC, participation in the Nick Cave Joy parade, a film screening in Belgium, and a 24-hour performance piece in a gallery space in New Hampshire. Upcoming shows in 2020 include work at Fountain Street Gallery and a performance/video at the DFBRL8R Gallery in Chicago.

ARTIST STATEMENT:
A_Marcel is a speculative conceptual artist based in Boston. Their practice is transdisciplinary and draws from the vernacular of graphic design, critical and queer theory, playwriting, music videos, and performance art. A_Marcel’s work is a play of text and image, a pitting of the real and surreal, and a disorienting glitche of fact and fiction. Marcel amplifies the language of the meme to counter the mimetic demands of the mundane. Their work is politically personal and personally political commentary. They’re obsessed with heterotopias and hot dogs. Their work addresses critical refugee studies, queer futurity, and surveillance. A_Marcel is a copy of a copy without an original.

“On the Clock” is a video composite/remix that represents a theory of joy in the form of a 12-minute guerrilla street performance piece created with 10 performers in Chicago in February 2020. This carnivalesque processional was a migratory feast in spite of and to spite the current US administration, ICE, and our general state of emergency. 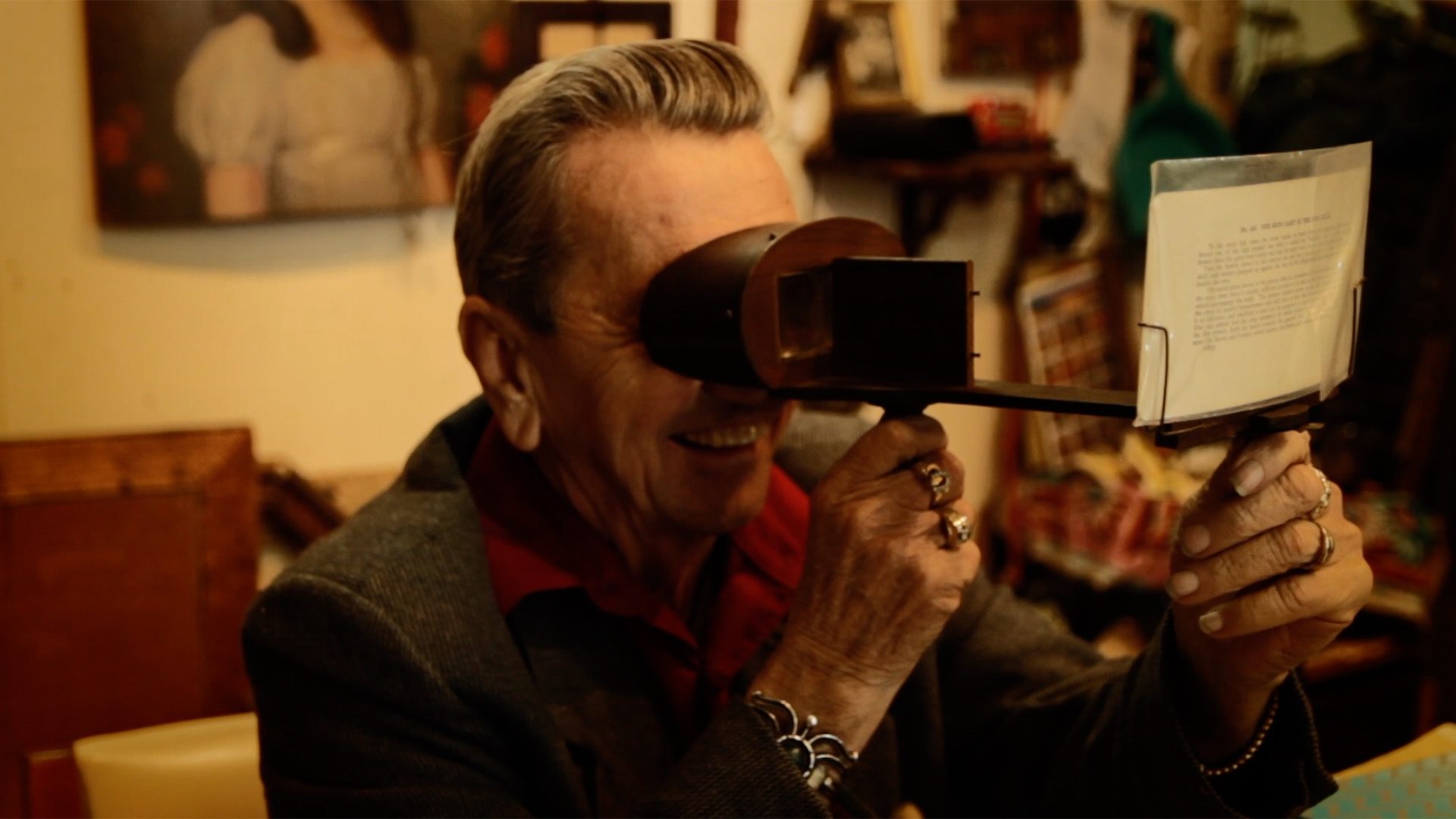 BIO:
Melissa McClung is an award-winning filmmaker based in Hadley, MA. Her short documentary, LOUIE’s ANTIQUES, is an Official Selection of the 58th Ann Arbor Film Festival and the Middlebury New Filmmaker Festival among others, and  it will be preserved in Historic Northampton’s permanent archive. Melissa received her MFA in Film from Vermont College of Fine Arts, where she was advised by filmmakers Nina Davenport, Josephine Decker, and Laura Colella.

ARTIST STATEMENT:
I first met Louie when I unsuspectingly wandered into his antique shop and fell down the rabbit hole. Two years later, I’ve emerged, with two films in tow: LOUIE’S ANTIQUES and another fiction short, in progress. I usually go into making films with a plan and a vision, so it was a joyful experience to follow my instincts, play, and see what bubbled up. Louie quickly became my unlikely muse.

Unfortunately, due to rising rents in our small city of Northampton, MA, Louie was recently forced to close his shop after 38 years. The magical portal has closed. Each viewing is a peek through the peephole. 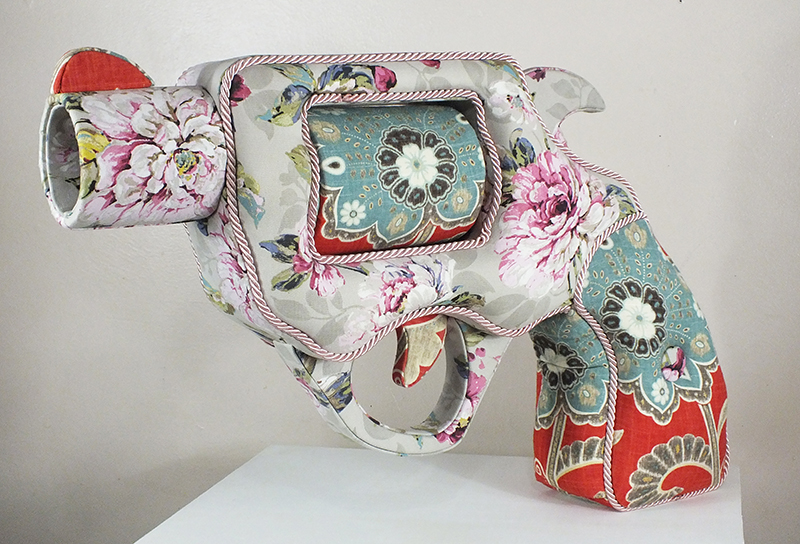 BIO:
Corey Pickett is an interdisciplinary artist living in New Mexico. His practice examines the relationships of fear, race, and social systems, which are informed by his upbringing in the Golden Isles of Georgia. His current work investigates the correlation of gun violence and firearm legislation. In addition to being a working artist, Pickett is founder and Director of The Jaye Rock Cultural Center in Clovis, NM. He received his Master of Education in 2008 and his Bachelor of Fine Arts in 2000 from Eastern New Mexico University, and his MFA in 2017 from Vermont College of Fine Arts. He has exhibited his work in cities throughout the US and is a recipient of the International Sculpture Center’s 2017 Outstanding Student Achievement in Contemporary Sculpture Award.

ARTIST STATEMENT:
Taking the Duchampian ready-made as a point of departure, I create objects of sophisticated whimsy with a serious political undertone, altering color, texture, form, and scale. My practice has evolved from celebrating the merits of African-Americans through cardboard paintings to oversized padlocks spotlighting the black body during the slave trade. What I learned by putting my practice in dialog with the African-American experience of the past has had an affect on what I am making in a studio full of sculptures in dialog with gun violence. My gun sculptures are an appeal for “Common-sense” gun laws and the re-evaluation of firearm legislation. Initially these objects were in response to gun violence towards African-Americans; however, my work has expanded to violence against all humans. My goal is for my practice to be a medium of activism through interdisciplinary methods and community collaboration.

Much of my work is based on research. When inspired by an object or idea, I further interrogate these objects and ideas to develop new work. This research provides insight and a meaningful perspective to explore race, culture, and humanity. Through experimentation and research, I try to foster a relationship with the materials I use. I re-imagined the padlock by increasing its scale as well as the materials used to create the padlocks. Initially I used found and repurposed purses in the creation of the padlocks to stress the black woman’s pain and struggle during slavery. Ultimately, the reclaimed purses were replaced with textiles, which mimic the vibrant colors and designs of African fabrics as well as fabrics of the Georgian and Victorian eras. I’m interested in the history of my materials – how the materials were used in the past along with the labor and process it takes to manufacture the materials. These back-stories are intriguing. They provide a deeper understanding of the objects I re-imagine. My practice has extended to the community through neighborhood art camps along with community art projects. This community participation along with my re-imagined ready-made process is an attempt to bring about cultural sensitivity and cross-cultural awareness. I am convinced that people are more receptive to new and alternative theories concerning social change when they are comfortable and less threatened by issues of social and racial justice.