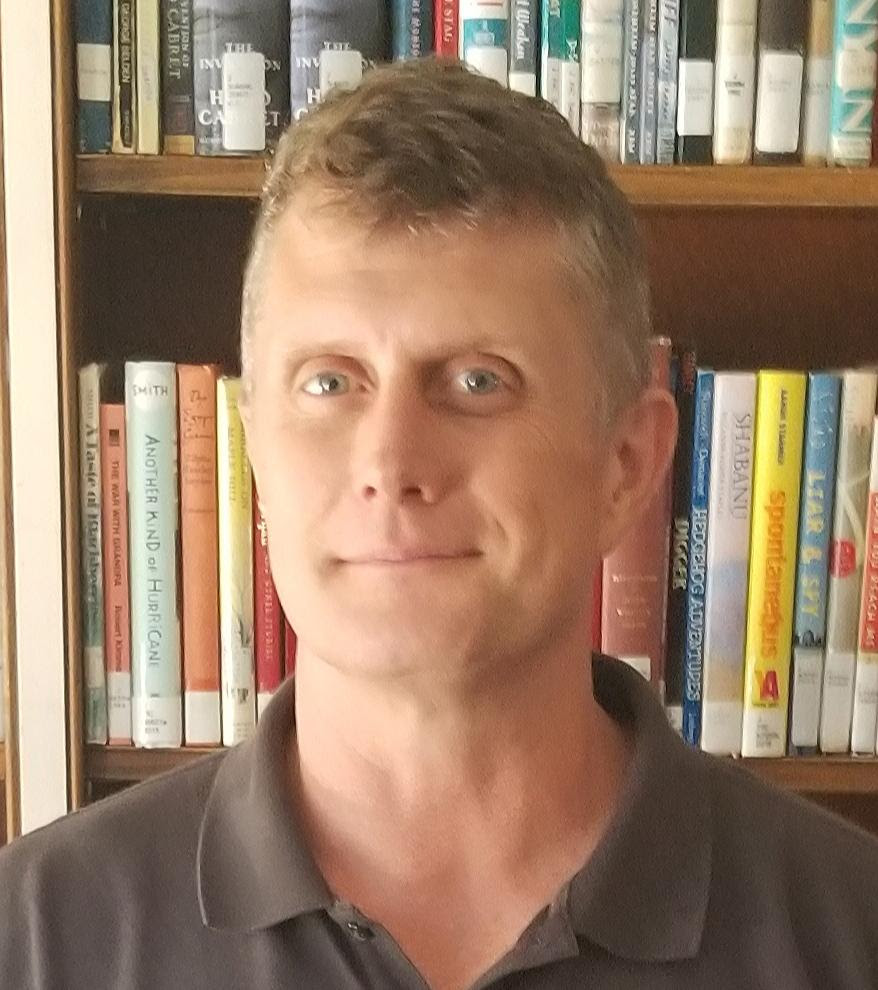 Scott Price, a summer 2019 graduate of the MFA in Writing (poetry) and a fall 2019 student in the Certificate in Publishing program, sat down with two VCFA staff members earlier this year to discuss his path to VCFA, his experience here, and the exciting projects he’s working on now. Excerpts of the conversation are below.

ON HIS PATH TO WRITING

I had been a soldier for 24 years, and writing was not anything I really thought was part of my life; I thought writing and the military were mutually exclusive lifestyles. But when I got out, I realized writing was something I couldn’t really suppress anymore and made a decision to apply to MFA programs.

ON ARRIVING AT VCFA

I didn’t think I belonged. I thought there was a big mistake. The first couple days of residency I walked around expecting someone to come up to me and say, “There’s been a little mistake. You’re not really supposed to be here.” But, you know, I found that that’s just not the case. This has just been a massively welcoming and fantastic place to be. I love it.

ON CONNECTING WITH VCFA FACULTY

I met with Ralph Angel during my first residency, who said, “look, I’m not the professor, and you’re not the student. We’re just a bunch of poets having lunch together.” That acceptance – that idea that we’re going to embrace you, and support you, and help you grow—it’s phenomenal.

ON HIS CRITICAL THESIS, WILLIAM MEREDITH & AN UNEXPECTED OFFER

A lot of my peers had clearly defined ideas of what they were going to do the thesis about, and I was really struggling. But I knew that there were two things that were interesting to me: one was the concept of literary lineage—how one writer influences another over time—and the other was World War II poets. My advisor, Rick Jackson, asked me, “Hey, have you thought about William Meredith?” And I’d never heard of the guy.

So I started learning about his life and realized not much had been written about him since he died in 2007, and this guy does not deserve to be off our radar. And during my research I called up the William Meredith Foundation and over time built this relationship with his partner, Richard Harteis, who is also a famous poet, playwright, and filmmaker.

Richard hosted me for several days while I was up there looking around. He introduced me to the archives at Connecticut College, showed me a lot of their personal papers and things, and then slowly over time, as we built this relationship, he’s invited me to write William Meredith’s biography. That wasn’t part of my plan. I had never thought that – but then again I gave up developing plans when I got out of the military. But by being open to those opportunities and saying yes to them, these amazing things have happened.

MORE ON THE UNEXPECTED

Writing is such an interconnected world…all these people know one another. We hold one another up, we hold space for one another. One of the misconceptions I had going into this writing program is that I really thought great poets were just, like, immaculately conceived, or they somehow spontaneously erupted. But I found there’s a developmental process, there’s studying, there’s mentorship that goes into it, into growing us as writers. A good piece of writing, a good poem might be borne of harsh work, but poets, writers, artists of any kind, are born and supported with love. We are fostered. Because any step along the way I could have been crushed and stopped, but here at VCFA it’s been nothing but, “Hey, you’re headed in the right direction. Let’s keep going this way.” And magical things unfold.

We’re so grateful to Scott for sharing his thoughts with us. And in one post-residency update: Scott has been awarded a fellowship at Virginia Center for the Creative Arts and will spend January 2020 there working on William Meredith’s biography—congratulations, Scott!

To learn more about Scott and his work, visit jscottprice.com and williammeredithbiography.com.