“Ever since I was a kid, I’ve dreamt of living in Paris,” explains writer, musician, and VCFA alumnx Samuél Lopez-Barrantes (’20). Lopez-Barrantes currently lives and works in Paris, France, accomplishing his childhood dream as he walks the streets of the city every day giving tours (and the online seminar or two) on the literary history of Paris. In a recent interview, Lopez-Barrantes spoke with us about his art, living and working in a literary city, and the merits of learning from and remembering our artistic history. 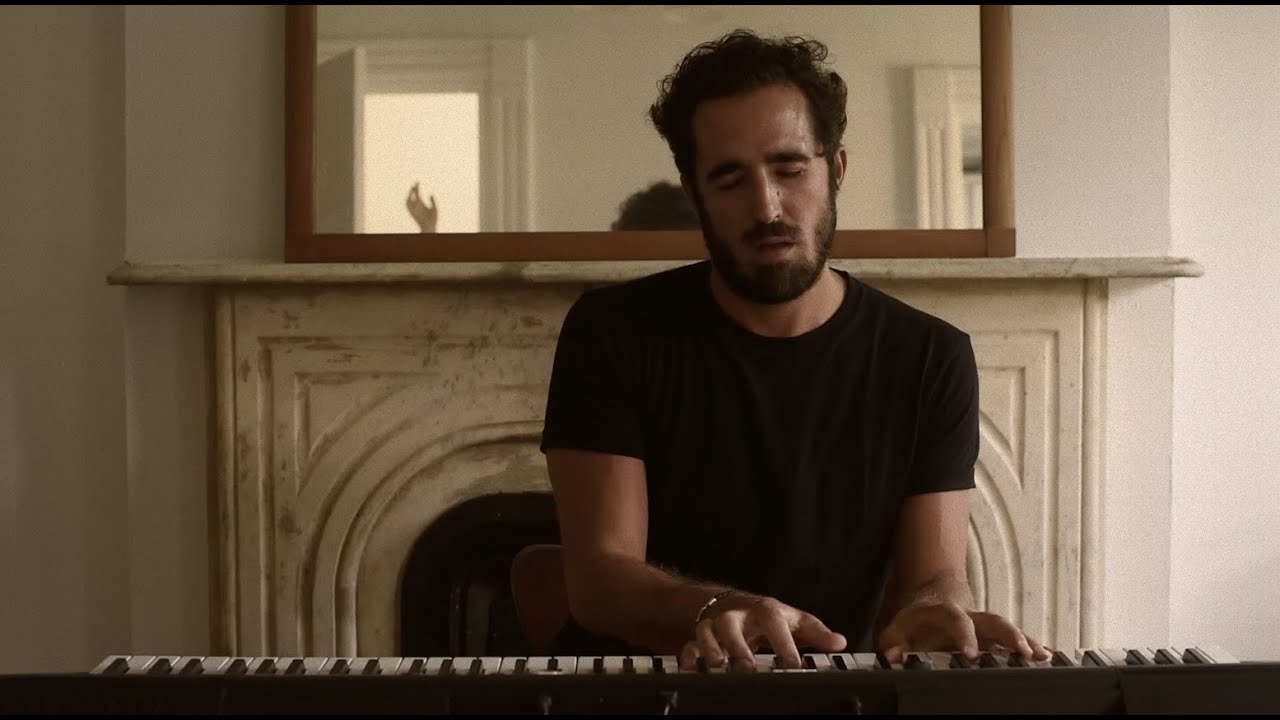 ON HIS PURSUIT OF PARIS LIFE

I studied French literature and philosophy at the University of Vermont, and moved to Paris when I graduated. A few years ago, I heard a podcast with the Paris-based author and film biographer John Baxter and reached out to him about getting together for a glass of wine. The rest is history. John is an expert in the history of 20th-century Paris, particularly the Lost Generation, and it’s thanks to him that I found a job giving literary walks in the Latin Quarter. Since then, I’ve expanded my repertoire to include walks and virtual seminars about the Enlightenment, the Existentialists, James Baldwin, the problematic chauvinism of Henry Miller, the May ’68 Student Revolution, the Nazi Occupation of Paris, and the intellectual history of Montmartre—among others.

ON HIS LITERARY TOURS

The idea with my literary walks is that we engage with the psychogeography of Paris; in other words we “drift” (in French: flâner) through the City of Lights in order to physically interact with the magic of its history. To this extent, while my tours include the standard historical “facts,” they differ in that, as a working artist, I am less interested in the play-by-play recounting of history than in the exploration of how the idea of the “artist’s life in Paris” relates to its many narratives.

The stories we’re told about Hemingway’s life in Paris, for example, are far different than the reality; Sylvia Beach, Gertrude Stein, and Hadley Richardson are among the many forgotten patrons that supported artists in the twentieth century. And so, while we visit the traditional “tourist” sites during my walks, we also sit down in cafés where Anaïs Nin or Albert Camus once sat, in order to feel a part of history.

ON OUR REMEMBERING LITERARY HISTORY THROUGH CITIES LIKE PARIS

Paris is one of the few cities in the world where people simply come to exist; I’ve never been anywhere else in the world where bankers, lawyers, artists, and doctors all live in the same city because they believe in its beauty. (Though the Nazis occupied Paris for four years, the city was saved from destruction by a German officer because of its beauty.) There is an aesthetic appreciation here, and a philosophical appreciation for life, that imbues every street corner and sip of wine with a certain mysticism.

In an age of rampant individualism and the incessant need to create content, the artist must remember what it means to stop talking and listen. Paris is in many ways a voyeur’s city, where each terrace is an invitation to observe and listen. And the idea that any artist could possibly understand their craft via the singular sound of their own voice means they would have to pretend all modern art hasn’t been influenced by the works of Voltaire, Rousseau, Michel de Montaigne, Gertrude Stein, Ezra Pound, James Joyce, Zelda and Scott Fitzgerald, Josephine Baker, Sidney Bechet, Ada “Bricktop” Smith, Cole Porter, Henry Miller, Anaïs Nin, Ernest Hemingway, Sylvia Beach, James Baldwin, Richard Wright, Jean-Paul Sartre, Miles Davis, Albert Camus, and Allen Ginsberg, just to name a few! As artists, we can only hope to glean a better understanding of where we’re going by knowing where our creative ancestors have been.

ON WHAT PARIS HAS TAUGHT HIM

Paris has taught me to take my time. We live in an era of quarterly reports and student loans, of questions about book sales and literary agents and the pedigree of where we received our MFA. Most writers are told to start a blog, to produce more more more, to put themselves out there before ever having something real and honest to say. In Paris, I’ve always felt that there is a little less noise than elsewhere. The act of sitting and talking and most importantly listening feels sacred here. As Americans, we are told to pursue a successful career, but in Paris, I’ve learned what it means to pursue a successful life. 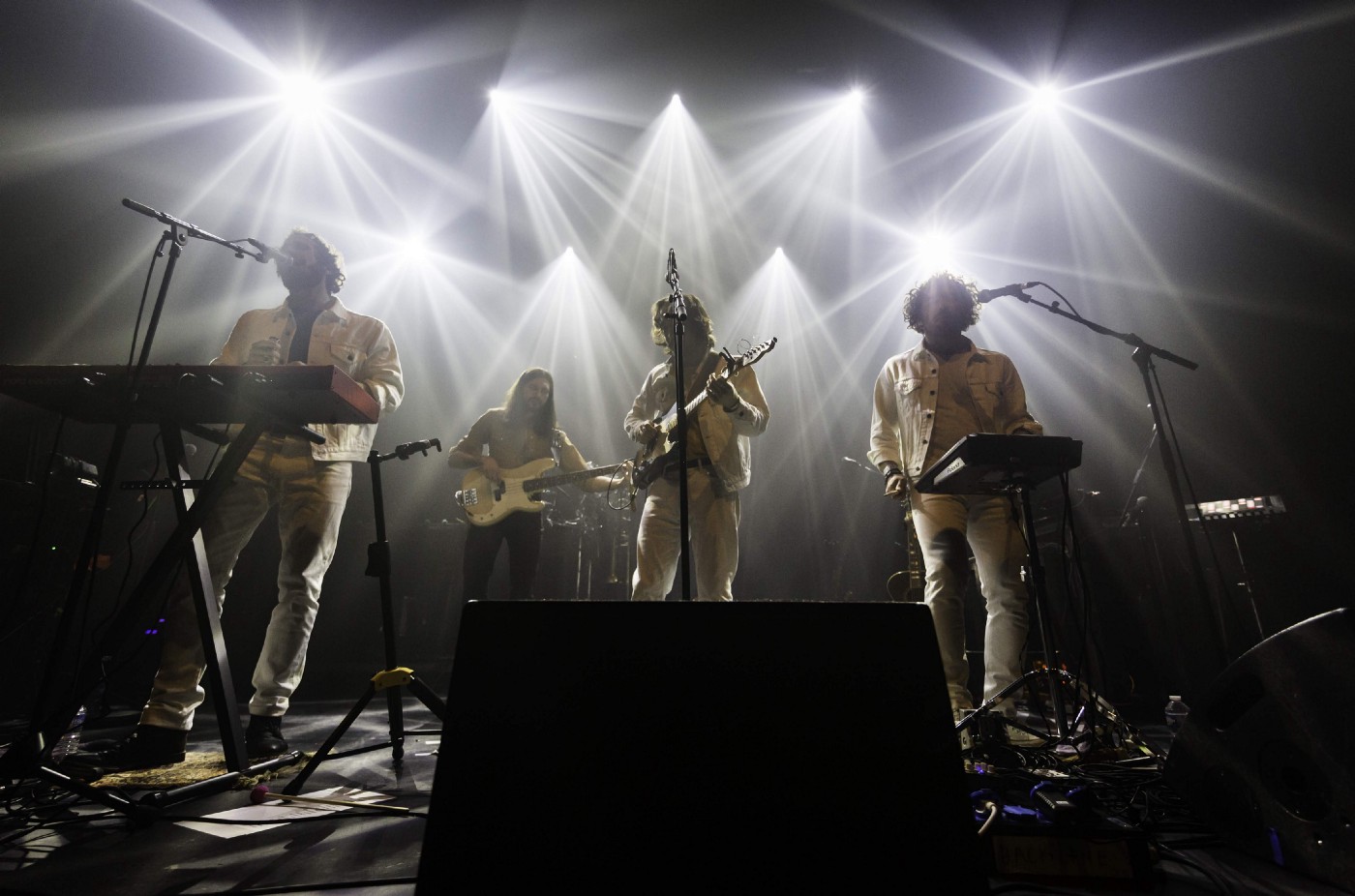 ON HIS LIFE IN MUSIC

I learned how to play Beethoven on the piano when I was six years old, became terrified of disappointing my strict Italian teacher in front of an audience at seven, and quit playing until I was fifteen, when I began playing again. In 2015, while playing basketball on a streetball court in Paris, I met a fellow American who said he played guitar. The next day I brought my set of blues harmonicas to the park; a few months later, after the November 2015 terror attacks, I felt a responsibility to play publicly again, and we formed Slim and The Beast, an indie rock group with my twin brother. (The band name is, fittingly, the title of my 2015 debut novel about the pursuit of passion and brotherhood.)

Slim and The Beast is available on all streaming platforms (music videos on YouTube). We are based in Paris, and all information about future concerts can be found at www.slimandthebeast.com.

ON HIS ADVICE FOR BALANCING AND PURSUING MULTIPLE ART FORMS

Being a writer doesn’t mean you have to be published, and being a musician doesn’t mean you have to play in front of thousands, but being an artist does mean there is work to be done every day. I always think of a phrase I read in Steven Pressfield’s The War of Art: “The warrior and the artist live by the same code of necessity, which dictates that the battle must be fought anew every day.” Being an artist is about living in a way that fosters creativity and creates the necessary space—and time—to go deeper into ourselves. As Joan Didion writes, “It all comes back. Remember what it is to be me. That is always the point.”

All of Lopez-Barrantes’s current and upcoming projects can be found at www.samuellopezbarrantes.com. To support the projects you can visit www.patreon.com/slbfiction.

Read more stories about our alumnx through our Alumnx Success series. Interested in an MFA in Writing? Visit our program page for more information on our VCFA graduate degrees.