Writing alumnx Mary-Kim Arnold (’16) was recently awarded a 2020 Howard Foundation Fellowship and saw the publication of her debut poetry collection, The Fish & The Dove, in April of this year. Amid a year of writing opportunities and exploration, we spoke to Arnold about the impact of the fellowship on her work, her journey with her collection, and her advice for her peers looking to develop their own poetry works.

This is what Arnold had to say about her year of writing:

ON THE THEMES IN HER WORK AND THEMES EMERGING IN 2020 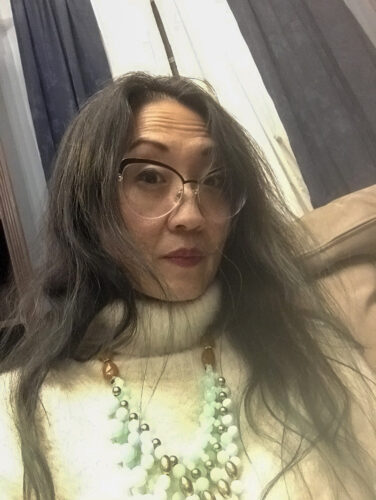 As a transnational Korean adoptee, I am interested in the legacy of war, trauma, and displacement on the development of individuals and families. How trauma lives in families. I write a lot about loss, and about the silences of grief and rupture. I am interested in the ways in which various kinds of language—institutional, governmental, academic—obfuscate lived experience.

This year, like many people, I find myself thinking about what writing—poetry, literary prose—can do and can be. And I don’t mean just in the thing of it, I don’t mean, what can a poem do? Or what can a novel do? I think there’s a lot of noise around this question of what should a poem do, as if it has to, in its final form, serve some sort of utilitarian function. I mean more the practice of it for the writer. How can that attention, that slowness, the “inefficiency” of the writing process—how can that transform, sustain the writer, how can it affect the writer as a person, as a member of a family, a community? What does the practice—reading, drafting, revising, thinking—give us, in a real and human way?

ON THE RECEPTION OF HER HOWARD FOUNDATION FELLOWSHIP

The Howard Foundation Fellowship provides funding to a cohort of writers, artists, and scholars to pursue a significant independent project. My own work is a multi-part literary experiment to document the life and work of a fictional, Korean-born American artist living in New York City in the early 1970s. The project is called Artist Unknown, Korean, and I’m creating a fake archive of the artist’s work—artist books, correspondence, diaries, ephemera—and then composing a retrospective exhibition catalog for her, including fictional exhibition history and biography. I think of this project as an attempt to invent into several types of silence: the suppression of Korean language and culture during the Japanese occupation of Korea; the gaps created by historical marginalization and institutional neglect of Korean and Korean American feminist artists; and the “dead-ends” in lineage for Korean adoptees after failed searches for birthparents.

The direct financial support means a lot! The fellowship is structured so that it can be spread out over two years, so for me, it means a semester away from my adjunct teaching job this fall, and then hopefully, another break next year, so that I can have some dedicated time to work on it. It’s a complicated project, and it’s hard to gain any traction during the time when I’m teaching. It’s the most ambitious project I’ve ever developed for myself, and so the time—the spaciousness of it—is really important to me. It’s also incredibly validating to receive this kind of recognition, from a panel of people working in the same field. For so much of the time, as writers, we are working in isolation (which is not even to mention the pandemic, of course), and it’s easy to doubt, to question the work, so to be given this kind of encouragement and material support is very meaningful and I’m very grateful. So much of what advances an artist’s practice is this kind of spaciousness, the opportunity to experiment, to push in a different direction. The flexibility of this fellowship, the funding, the time it buys, and the validation all help to make space for invention and imagination.

ON HER DEBUT POETRY COLLECTION, THE FISH & THE DOVE 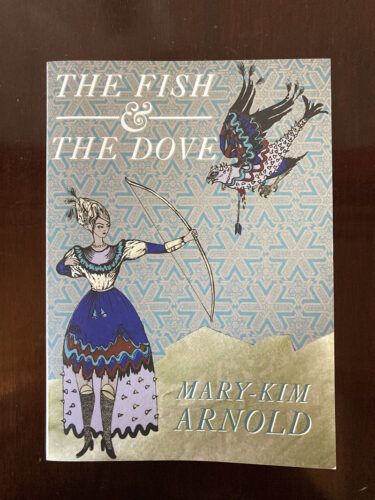 I think of The Fish & The Dove as a meditation on the way we talk about women and war. It’s personal of course, for me—I think of one of the origin points of my own story as an adoptee is the Korean War—not the immediate aftermath, but its ongoingness, its legacy in the decades that followed. In some ways, the book is a companion piece to my 2018 memoir, Litany for the Long Moment, which takes up similar themes of adoption, identity, displacement, alienation. But The Fish & The Dove is more externally-facing, perhaps, and I think of it as angrier, perhaps more confrontational, at times. Some of the poems in it were written during the summer leading up to the 2016 election so the idea of how women were discussed in public, women in visible positions of power, women in the workplace, how scrutinized, criticized—all of that was in there, too.

Some of the poems I had started, or had little fragments or notes from years ago, but many I wrote and revised in the year or two before I started sending the collection out. I guess it’s fair to say I’ve worked on it for about five years? The most intense revision came in the year before its publication. I moved things around, I discarded a whole section. It was a time to re-envision the book as a whole.

ON HER ADVICE TO HER PEERS FOR PUTTING TOGETHER A COLLECTION

I’m not sure this is advice so much as a reflection on what I learned in the process. At a certain point, when I thought [The Fish & The Dove] might be a book (vs. just a lot of poems), I started trying to think of the connective tissue between the poems, and then how to organize sections. A lot of this organizing was intuitive at first, but then, having trusted readers ask good questions was really important.

For me, I tend to think about the book as one possible way the poems, ideas, and experiments could come together, at a particular moment in time. If I were putting the collection together now, the poems might be different, the order might be. I really resist thinking about the book as the only path through the thinking and dreaming it contains. There are a lot of shadow poems, trace poems that inhabit the book as it is now, live alongside it, behind it. I find that idea really appealing, that the book is a document of a process of dreaming, experimenting, reading, thinking, and just one iteration of many possibilities.

You can read The Fish & The Dove and Mary-Kim Arnold’s other works at mkimarnold.com. 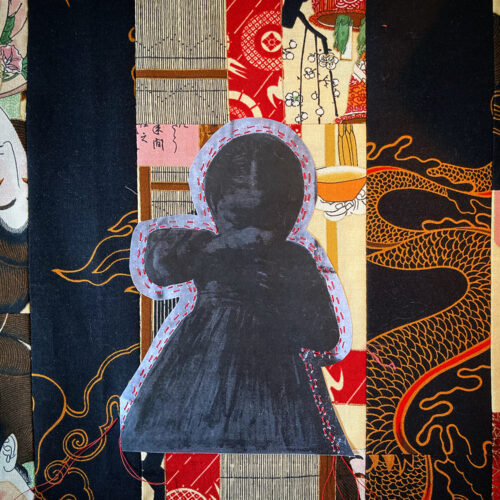 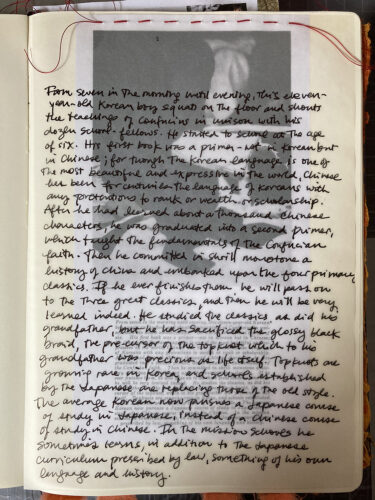 Read more stories about our Alumnx through our Alumnx Success series. Interested in an MFA in Writing? Visit our program page for more information on our VCFA graduate degrees.