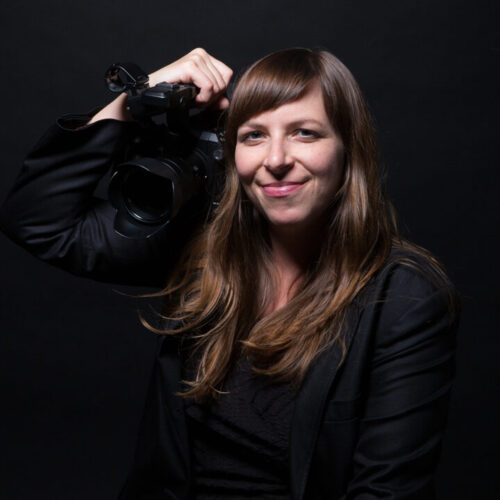 In the summer of 2022, we interviewed Center for Arts + Social Justice Fellowship Grant recipient Jen Gilomen (Film ’23) on her film DELIVERING JUSTICE. Brought about by Gilomen’s own birth experience, DELIVERING JUSTICE explores maternal mortality and the maternal healthcare crisis in the United States.

Jen Gilomen is an award-winning filmmaker, cinematographer, and director. Some of her previous award-winning films include UNSETTLED (2020), LIFE ON THE LINE (2014), IN MY SHOES (2005), and DEEP DOWN (2010). She is an Associate of the UC Berkeley Investigative Reporting Program, Member-Owner of New Day Films, Co-Founder of the Collective of Documentary Women Cinematographers, and member of Film Fatales and the Documentary Producers Alliance. 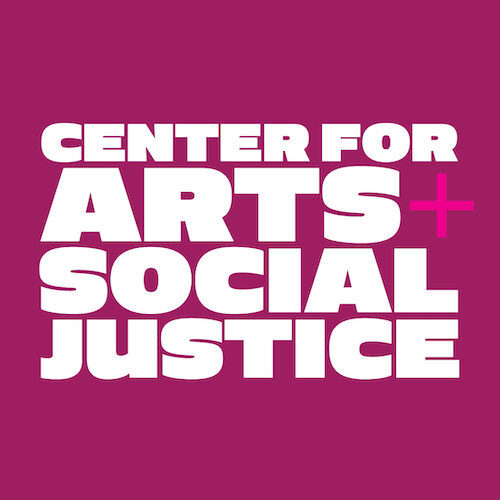 Read on for excerpts from our conversation and more information on how you can support Gilomen’s film, DELIVERING JUSTICE.

ON HER JOURNEY TO FILMMAKING

I made my first documentary after September 11, 2001. I took a $600 camcorder across the country and back on Amtrak over the holidays, rolling out my sleeping bag in the viewing car at night and talking to strangers about 9/11 and their fears of traveling by plane. I taught myself to edit and learned from my mistakes. I became a self-made filmmaker and collaborated with friends, and never looked back.

I am drawn to stories of underdogs, particularly those who are trying to make change in the world and whose stories are symbolic of larger systemic social issues. I’m curious about and inspired by people who push ahead to make change on seemingly intractable issues, especially “regular” people who lack power but work to create it for themselves and their communities. These make for classic stories, protagonists battling systems in pursuit of a goal. There are many issues I am passionate about, and I have a strong desire for fairness and justice. I’ve explored queer families, histories and refugees, climate change and its impact on communities, immigration through the eyes of youth, and most recently maternal healthcare, with projects often shaped by my collaborations with other filmmakers, organizations, and the people featured in my films. There is so much darkness in the world right now, and I make films on these issues for strategic reasons: to highlight stories of hope and show a path forward. I think if we can witness change being made, especially when it is regular people doing it on behalf of their own communities, it feels more doable for the rest of us to participate.

ON THE STORY BEHIND HER LATEST FILM, DELIVERING JUSTICE

DELIVERING JUSTICE is about maternal healthcare and is my most personally impactful film to date. I had a traumatic, near-death birth experience with my daughter in 2018. My wife and I had been planning a home birth with a midwife and doula, and had educated ourselves about unnecessary interventions commonly practiced in our nation’s hospitals, and we wanted to have the baby at home on our terms. But I developed preeclampsia and ended up in the hospital a month early with all of those interventions. My midwife and doula advocated for me in ways that saved my life and my baby’s. When I nearly died, that felt unnecessary also, and my wife and I suffered PTSD from the experience.

Afterward, I couldn’t stop thinking about all of the privileges I have, racial and economic and even geographic, that ultimately meant my baby and I survived, which unfortunately isn’t the case for so many families in America. I learned how unnecessarily common my experience was, and also more about disparities in care and systemic racism that are driving the crisis. I became invested in the idea that everyone who gives birth should have the option to have a midwife and/or doula and to have an empowering, joyful, and even healing birth experience. The system is so broken, and not by chance—it has been broken systematically by racism, misogyny, power, and greed. I know we can do better.

THE FILM SO FAR

DELIVERING JUSTICE will follow Tanya Smith-Johnson, a Black midwife, mother of six, and leader of multiple maternal health organizations as she moves to Mississippi—a place where midwifery is still not legally recognized and where providers in general are few and far between, making it a state with an abysmal track record for maternal and infant health. She opens a practice there, serves her clients, and works for systemic change. Tanya also becomes the president of the National College of Midwives, working strategically to expand the pipeline of birth workers of color to serve communities all over the country. Her story is incredibly inspiring; she is one of those leaders and strategic thinkers who is showing us the way. She is also unique in that she is “boots on the ground,” directly serving birthing people and training students, but also sees the big picture and works for policy change.

I am in awe of her work and hope that the next decade will see hundreds or thousands of midwives like her serving their own communities and working for change.

ON RECOGNIZING THE SYSTEMATIC DISPARITIES IN THE US MATERNAL LANDSCAPE

The history of how we got to the maternal healthcare crisis in the US is important to understanding it. Dating back to slavery, Black midwives used to deliver babies—white and Black—and granny midwives practiced traditional methods of midwifery that are still practiced around the world. But when white men became doctors and developed modern medicine and the associated medical-industrial complex, they took the methods they learned from the Black midwives and systematically began to oppress and wipe out midwives, creating barriers to their practice, making it illegal to practice outside of the hospital, and telling the public falsely that midwives were unclean and unsafe. Fast-forward several decades, and much of the public still believes this, and the system is backwards. In other developed nations, this problem doesn’t exist—midwives generally oversee births unless there is a reason to call in or consult a doctor. But in the US, more and more interventions, often unnecessary ones pushed onto birthing people with or without their consent, have been practiced routinely and have caused great harm, driving up the maternal mortality and infant mortality rates each year. Doctors are now surgeons, and don’t even learn how to oversee natural childbirth.

We know that systemic racism is the root of the disparities in outcomes, with Black and Native women dying at three to four times the rate of white women; study after study have proven this. It is an unthinkable crisis, and yet it is our everyday reality.

Many women who have experienced obstetric violence and birth trauma equate their experiences with sexual assault, like being raped on your wedding day—something that should be the most beautiful experience of your life becomes the most traumatic memory. That is part of why it isn’t discussed; but also, in our culture, we have a disgusting trend of victim blaming and gaslighting birthing people. People who have experienced birth trauma do not tend to share their stories, because they are just that painful. They fear that they won’t be believed, and they fear that no one will care. We question and blame ourselves—was it something I did? Could I have done or said something differently? As the Supreme Court recently reminded us, women in our society are treated as nothing more than vessels for new life, rather than lives with rights and bodily autonomy of our own. When the baby is born, everyone congratulates, smiles, cuddles the baby, and sweeps the concerns and trauma of the person who actually created that life under the rug.

We can’t fix something we refuse to acknowledge.

You can learn more about Gilomen’s film, and how to support the project, at deliveringjusticefilm.com.