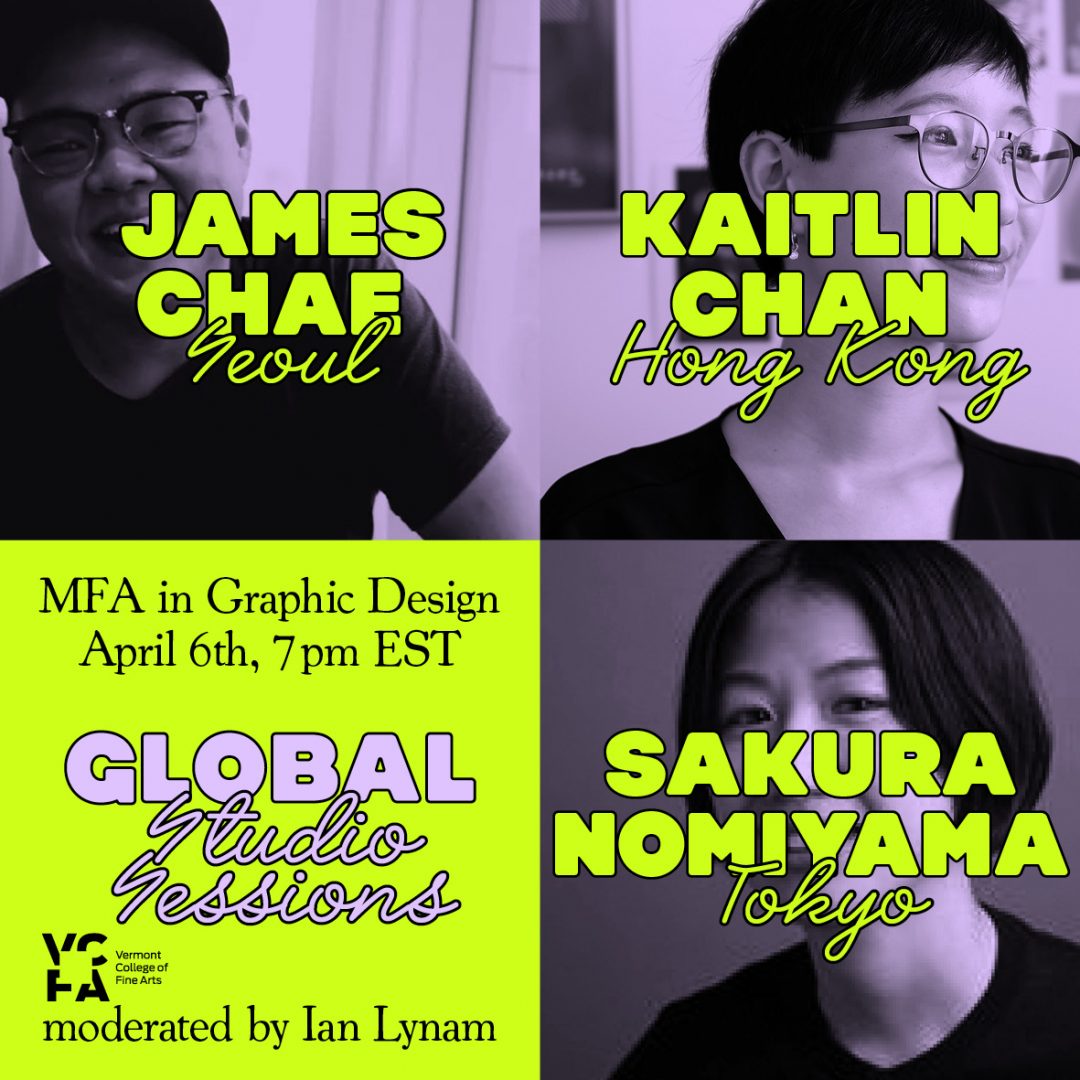 As part of its spring 2021 residency, the MFA in Graphic Design program will present Global Studio Sessions: Seoul, Hong Kong, Tokyo on Tuesday, April 6, at 7 pm ET, livestreamed on YouTube. Get a glimpse into the practices and realities of three designers based in Seoul, Hong Kong, and Tokyo in these microlectures, followed by a Q&A moderated by MFA in Graphic Design faculty member Ian Lynam.

James Chae is a designer and educator based in Seoul, Korea. His work deals with the designer’s medial position in relation to consumerism, commercial image production, and global politics. He is an Assistant Professor at Hongik University and maintains an independent design practice that involves editorial and web design, in addition to self-initiated works. jameschae.co

Kaitlin Chan (she/her) is a cartoonist and zine-maker from Hong Kong. She is currently working on her debut graphic novel. Her work has appeared in The New Yorker online, The Margins, Popula, Bat City Review, the Hong Kong Visual Arts Yearbook, and others. As an illustrator, some of her collaborators include Airbnb, Sotheby’s, Vans, Asia Art Archive in America, Heinrich Böll Foundation, and Glasgow Zine Festival. She was the recipient of a 2019–2020 Mortimer Brandeis-Hays Traveling Fellowship. She is a co-founder of Queer Reads Library, a mobile book and zine collection championing queer voices from the Asian diaspora, Asia, and beyond. Her website is www.kaitlinchan.com.

Sakura Nomiyama is a design researcher, writer, and curator. She earned an MA in the History of Design and Curatorial Studies at the Parsons School of Design in New York in 2016. She is a researcher at the National Museum of Modern Art, Tokyo, and a part-time lecturer at Joshibi University of Art and Design and Tohoku University of Art and Design. Her recent work, Takenobu Igarashi: A to Z, was released from Thames and Hudson in 2020.