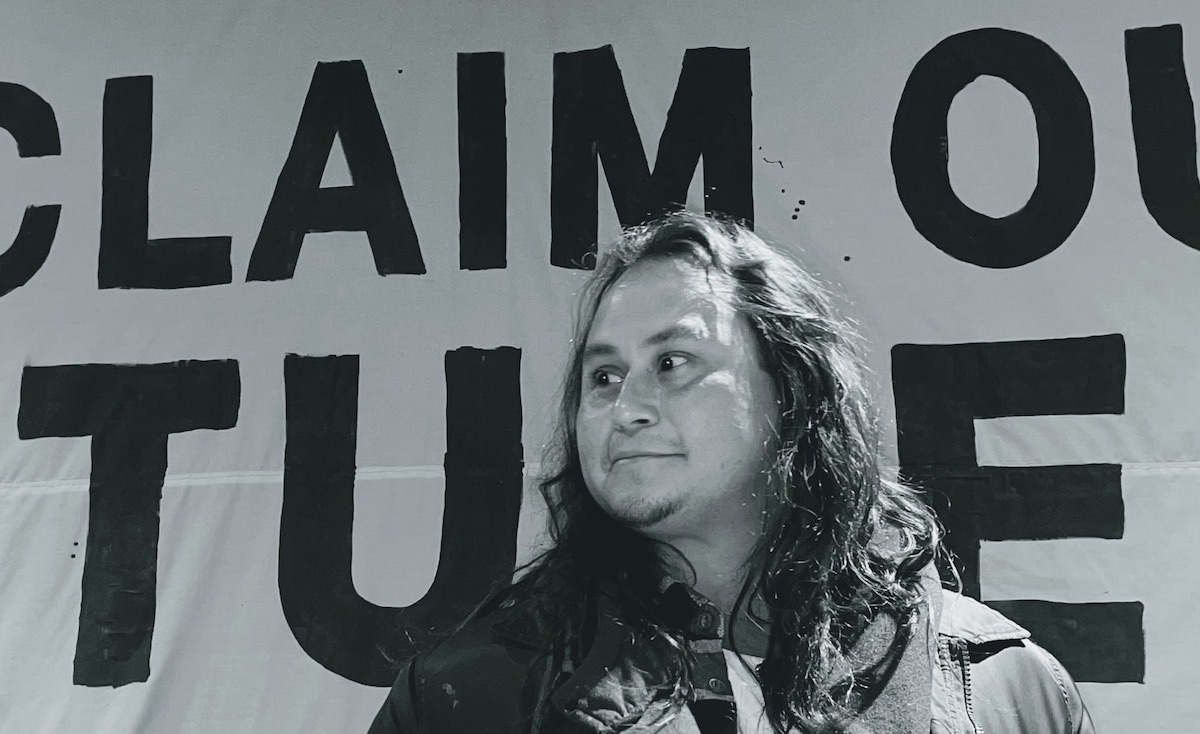 Join AAF on Monday, March 28, at 6 pm for a livestreamed conversation with artist and grassroots activist Jacob Johns. Originally from Mesa, Arizona, and having grown up a member of the Akimel Oʼotham and Hopi nations, Johns draws continuously from his cultural heritage, using traditional ceremonial concepts, with an intent to take us one step closer to mindful planetary consciousness at each event, rally, or movement. In 2015, he worked in collaboration with several organizations to hold ceremony in honor of the 125th anniversary of the Wounded Knee Massacre. The focus was not on the tragedy, but on the release of genocide and the healing of the collective consciousness of humanity. He once spent over six months traveling back and forth between North Dakota and Washington State, organizing supply runs and supporting the front lines at Standing Rock to prevent construction of the Dakota Access Pipeline. His latest work involves using land healing ceremony, disruptive humanitarianism, and mass mobilization to demand climate justice for BIPOC and economically disadvantaged communities who are already feeling the effects of the climate crisis and being met with indifference from the US government.

“The outdated models of how we live on this planet are failing. We need new paradigms that uplift the planet and heal our world. My organizing efforts have focused on multiple interconnected issues involving social justice and minority rights, as well as environmental protection. … Only by standing in solidarity can we overcome oppression.”  — Jacob Johns

Artists Against Fascism Broadcast Series hosts panel discussions with leading artists, activists, scholars, and community builders on a variety of subjects under the larger topic of how art practice and creative intent can be utilized in anti-fascist resistance. While AAF is a group originally initiated by VCFA Visual Art faculty, students, and alumnx, we welcome anyone from the VCFA community (and beyond) to attend our broadcasts or inquire about joining the collective. Get more info at the Artists Against Fascism website.

This program is hosted and organized by Artists Against Fascism with support from VCFA Alumnx Affairs.