Cameron Finch was selected as one of 15 international participants for the inaugural Hiroshima-ICAN (International Campaign to Abolish Nuclear Weapons) Academy on Nuclear Weapons and Global Security, a 10-day intensive for young professionals ages 25 and under. The Academy ran from July 30 through August 8 and included eight participants from nuclear-weapons states and seven from non-nuclear-weapons states. Throughout their 10 days in Hiroshima City, the participants heard testimonies by atom bomb survivors; learned about global trends on nuclear weapons and global security through exchanges with UN officials, diplomats, and NGO members; and brainstormed concrete plans on how to engage young people in the realization toward a more peaceful world. On August 6, the participants had the opportunity to participate in the Hiroshima Peace Memorial Ceremony and honor the victims of the 1945 atomic bombing.

Finch’s graduate thesis was an excerpt of a novel, set in post-war Japan, that explores the lasting and devastating effects of nuclear weapons, particularly on the environment and those born in the years after the bomb.

For more information about how you can get involved in the campaign against nuclear weapons, visit icanw.org. 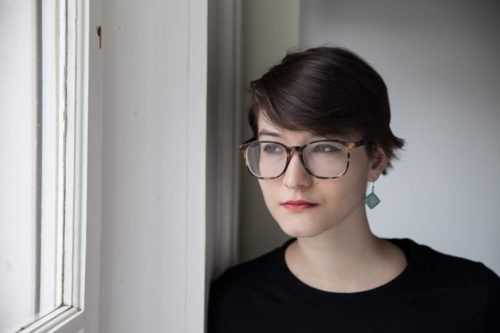