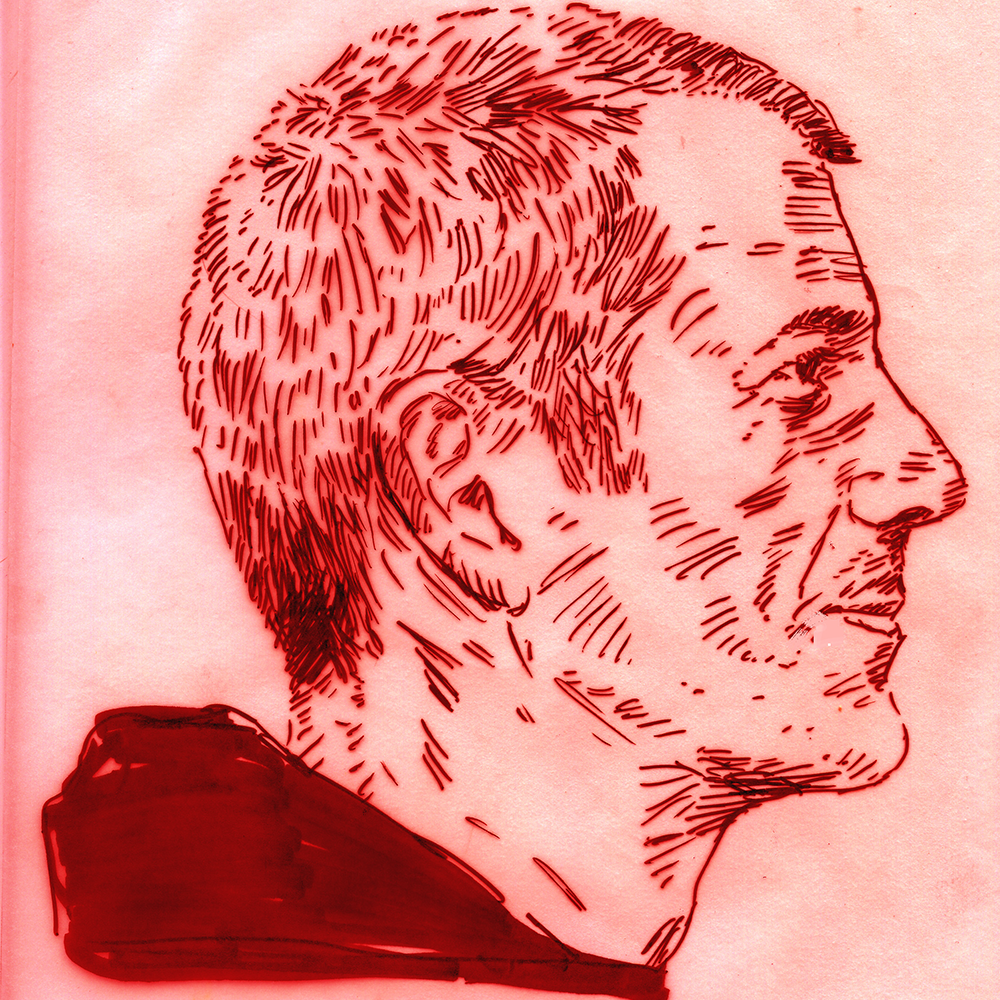 Kenneth FitzGerald is an educator, writer, designer, and artist—likely best known for the second. He is author of Volume: Writings on Graphic Design, Music, Art, and Culture (published in 2010 by Princeton Architectural Press) and was a regular contributor to Emigre magazine. His writings have also appeared in (amongst others) Eye, Étapes, and Idea magazines; the books Graphic Design and Reading, The Education of a Graphic Designer Volume 2, and the upcoming The Graphic Design Reader; plus the online journals Voice: AIGA Journal of Graphic Design, Design Observer, and Speak Up. He also wrote the forward for Stefan Sagmeister’s ggg Books monograph, was a guest in the third year of “Design Matters” with Debbie Millman, and has been a visiting critic for Cranbrook Academy of Arts 2D Design program, the School of Visual Arts Masters in Branding, and other places you may not suspect. He produced The News of the Whirled, a novel as 4-issue limited-edition magazine that received awards for excellence from the American Center for Design and AIGA.

FitzGerald’s artwork is included in public and private collections in New England and New York, and the Franklin Furnace/Museum of Modern Art/Artists Books collection. Currently, he’s a Professor of Art at Old Dominion University in Norfolk, Virginia, on the steering committee of the AIGA Design Educators Community, and erratically maintains his blog www.ephemeralstates.com.

FitzGerald will give a Public Lecture at Vermont College of Fine Arts, Noble Hall, Tuesday, April 13 from 6-7 p.m.

This lecture expresses my concerns and interests in critical reading and writing generally, graphic design criticism particularly. Critical reading is presented as a metaphorical and synaesthesic experience. Criticism is a parallel creative act that extends the creative experience beyond the physical and chronological boundaries of the triggering work. However, the creative actors most in need of exacting examination often attempt to deflect criticism. This is counterproductive, as what they regard as apparent in work rarely is, especially in post-post-modern times. Criticism is tangential: you must talk about another thing to talk abut the thing itself. For graphic design, music is presented as metaphor, both in the abstract and the commercial performed activity.