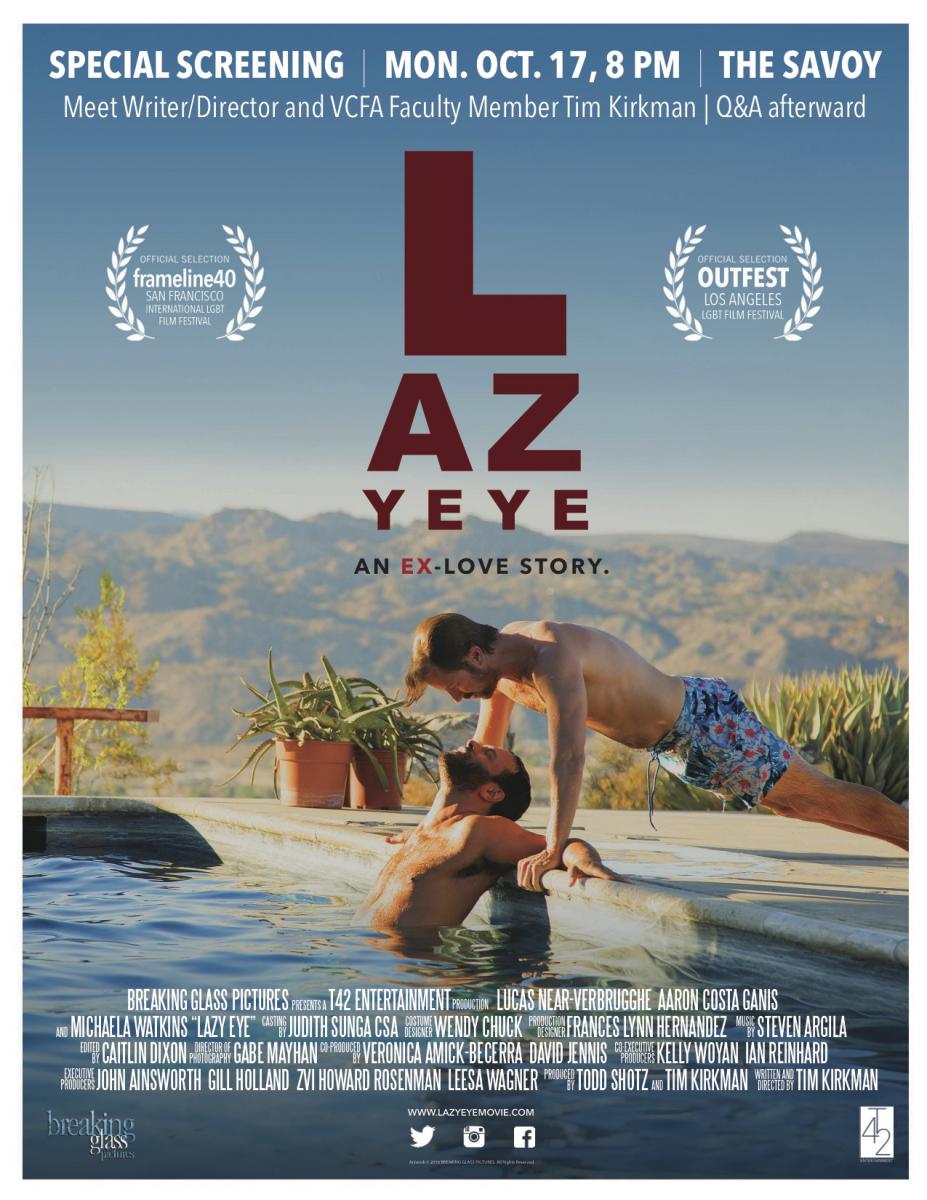 LAZY EYE is Tim’s latest film, which has debuted at festivals across the country. The film will see limited release next month. Monday’s preview is the only theatrical screening of the film in Vermont.

Tim Kirkman’s LAZY EYE follows Dean (Lucas Near-Verbrugghe), a graphic artist living in Los Angeles who receives an email from Alex (Aaron Costa Ganis), an old flame he hasn’t seen or heard from in 15 years. The two of them meet up at a vacation home in the desert and passionately reconnect, but over the course of a single weekend, Dean and Alex open up old wounds and reveal secrets that neither expected. As tensions flare in their sun-drenched environment, both men determine whether or not they have a future together and contemplate the numerous roads not taken. Watch an exclusive trailer for the film above.

LAZY EYE is written and directed by Tim Kirkman, who previously directed films like DEAR JESSE, a first-person documentary exploring the parallels and differences between himself and former North Carolina Senator Jesse Helms, and LOGGERHEADS, a narrative film about the intertwined lives of a mother, her son she gave up for an adoption, and the adoptive parents. Lucas Near-Verbrugghe previously appeared in OUR IDIOT BROTHER and the TV series “Grimm.” Aaron Costa Ganis has previously appeared in A NEW YORK LOVE STORY and the TV series “Jessica Jones.” LAZY EYE also stars Michaela Watkins, who co-stars in the Hulu series “Casual.”