*Galleries may be closed for academic purposes as determined by the program. 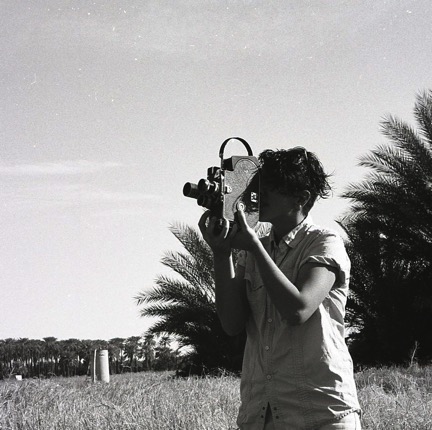 Gelare Khoshgozaran گلاره خوشگذران is an artist and writer who uses time-based media and experimental film.  Her interdisciplinary practice spans literary theory, translation, and fiction writing. Her essays and interviews on art, politics and culture have been published in contemptorary, The Brooklyn Rail, Parkett, X-TRA, Ajam Media Collective, and Temporary Art Review, among others. Her films, video essays, installations and performances have been presented in solo and group exhibitions at venues such as the New Museum, the Queens Museum, the Hammer Museum, LA><ART, Human Resources, Articule (Montreal), Beursschouwburg (Brussels), and Pori Art Museum (Pori, Finland). She was the recipient of a Creative Capital | Andy Warhol Foundation Arts Writers Grant (2015) and an Art Matters Award (2017).

Her recent film, Medina Wasl: Connecting Town (2018) traces the Middle Eastern landscapes in the California desert to histories of violence and colonization through agriculture and military interventions—from the simulacra of Iraq and Afghanistan in immersive combat towns at US military bases to date farms in the city of Mecca, California. Her current research, 3005 Massachusetts (working title) imagines the abandoned building of the former Iranian Embassy in Washington DC as its protagonist in a cinematic portrayal of exile. Relying on historical research, autobiography, and fiction the project ponders the political implications of an embassy’s unique diplomatic immunity as a refuge.

On Listening After Pauline Oliveros with Visiting Artist Elana Mann 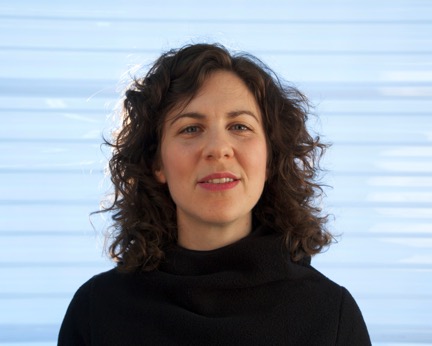 Elana Mann will discuss her artwork in sculpture, performance, community engagement, and politics and her focus on bringing greater consciousness to the listening and speaking we practice in everyday life.

Mann is a recipient of the 2019 Stone & DeGuire Contemporary Art Award and is a 2019 Artist-in-Residence at the Los Angeles Clean Tech Incubator. Mann has presented her work in museums, galleries, city parks, and buses in the US, China, Japan, Mexico, Brazil, and Europe. In addition, Mann curates, collaborates, organizes, and writes. Mann co-edited, with John Burtle, the 2018 performance score anthology Propositional Attitudes: What do we do now?, published by Golden Spike Press. Since 2005 she has collaborated with artist Audrey Chan as Chan & Mann. Mann has produced six publications, and her writing has been published in the book In the Canyon, Revise the Canon, as well as periodicals including Afterall Journal, Art21, and The Journal of Aesthetics and Protest. She has received numerous awards, including the California Community Foundation Artist Fellowship, and grants from the Rema Hort Mann Foundation and the Foundation for Contemporary Arts Emergency Grant.